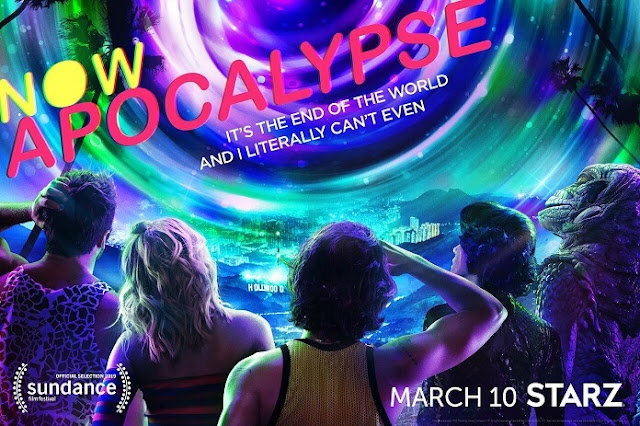 Gregg Araki is back and FINALLY on TV!

And a few lucky LA fans got to see the first three episodes of the new STARZ series on the big screen thanks to Outfest Fusion at the Chinese 6 Theatres on March 3, 2019.

The question in fans is now, has the wait been worth it?

For those of us that have followed Araki's career, ever since 1997's Nowhere, Araki has been wanting to share his flavor of ultra sexual teen romance madness he's been known for to the small screen. But WHY would he EVER want to do a thing like that?

As the godfather of Queer cinema, Araki has pushed the boundaries of sex and what the "norms of society" are, with a limited reach on the silver screen, and taking his brand to television  to be shared with people weekly, to a bigger, far reaching audience was the ultimate goal.

Unfortunately, the world wasn't ready for Araki in the 90s -though it ALMOST happened with his MTV pilot "This Is How The World Ends" (last time I checked it was in youtube, watch it!)- of the 2000s, but it's better late than never, I say.

Now Apocalypse, the story of Ulysses (Avan Jogia) and his friends in LA, hits many of Araki's previous tropes. Some beats even recreating moments us fans know from previous films, most from 2010's "Kaboom", which was also heavily borrowing from his MTV pilot. As our lead worries of a world ending catastrophe foreshadowed in a dream that is shared with best friend Carly (Kelli Berglund), all done in a very similar manner as Kaboom, one stars to worry if this is all going to be a rehash. BUT, luckily, as we are introduced with his straight roomate (and secret crush, again, Kabooming it!) Ford (Beau Mirchoff) as he's reverse cowgirl-ing his beloved Severine (Roxane Mesquida), we get a glimpse of what it is to come. The sex is umped to the max on the series, and Araki this time is going all out. Granted, sex is not all that make (or break) a series, but it's nice to FINALLY have crazy, depraved sexual situations THAT ARE NOT BEING JUDGED OR LOOK DOWN UPON on television. We also get what we love from his films, characters that are looking for love in a world where it is so hard to find it. Ulysses' crush, Gabriel (Tyler Posey) starts ghosting him, Ford can't seem to win with Severine's cold and calculated outlook on love and monogamy, and Carly can't connect sexually with boyfriend Jethro (Desmond Chiam). As situations we are all very familiar with unfold (alond with Nowhere's alien Roscoe making an appearance for good measure), we are all once again sucked into Araki's world once again, with those three half hour episodes we were lucky to preview not being enough to satisfy our Araki needs.

After the screening, it was time for Araki, along with Avan Jogia, Kelli Berglund, Roxane Mesquida, and Beau Mirchoff to join the audience: 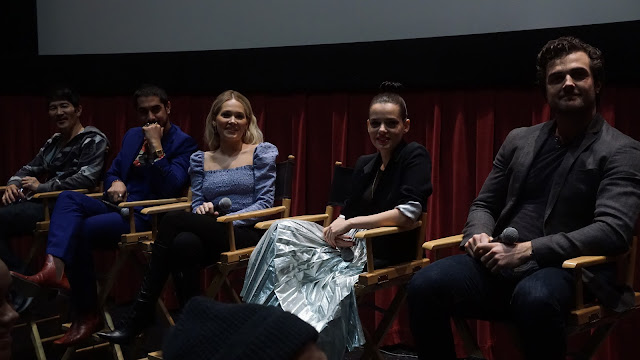 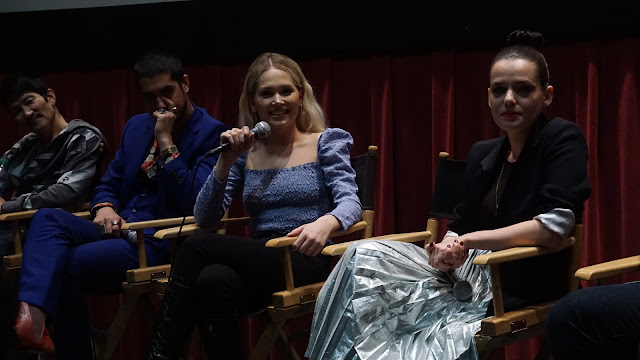 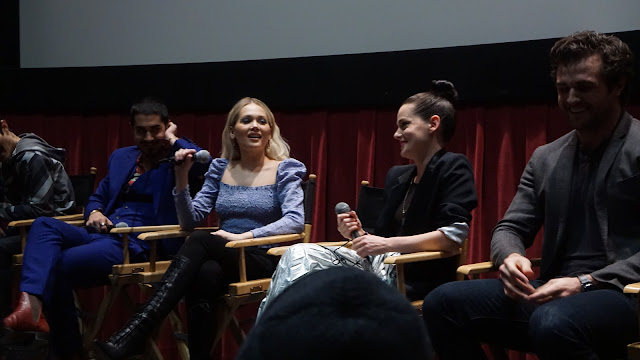 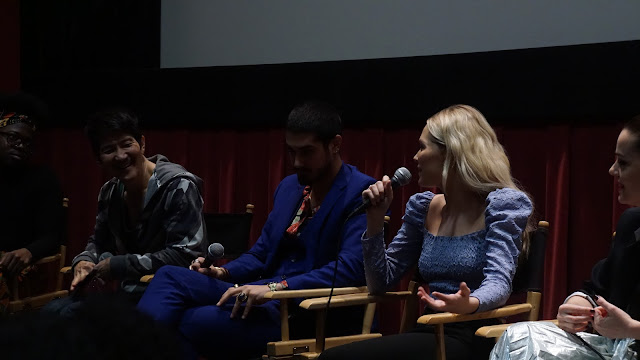 And here's the full Q&A, for posterity's sake:


All in all, if you're a fan of Gregg Araki, this is the series we've been waiting for. Yes, forgive his sins of rehashing, I was already DONE after Kaboom with his teen apocalypse themes, BUT in the end, he's still giving me what I've always liked about his movies ever since Doom Generation, that awkwardness, solitude and sense of feeling unloved we all feel at one point of another, it may be that some of us don't grow out of it, and it better be the case for Araki, cos I'm still 100% on board.

Now Apocalypse will start airing on STARZ on March 10, check your local listings!
Posted by H Dellamorte at 3:48 AM