Fans of the Marvel show Legion in Los Angeles got to experience a pop up event from the show at Goya Studios in Hollywood on Easter weekend. Tickets were free on the Eventbrite App, but even if you hadn't RSVPed you could line up and eventually get in. 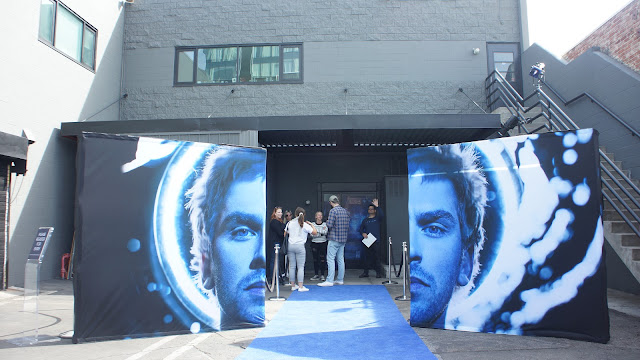 For those that don't know about the show, Legion is a character from the X Men comics, one that so happens not only to be one of the most powerful mutants, but also the son of Charles Xavier (Professor X)!  The first season was not only a critical success, with a Metracritic score of 82, Legion was also a hit among the fans. The first season dealt with our main character trying to figure out if he was going mad or there was something more to the visions he was having. Easily one of the most artistic and out there shows of last year, Legion may not be for all, it doesn't quite follow the standard expectation of an X Men TV, it's more of a character piece as we are figuring out what is going on along with David Haller. Audrey Plaza as his best friend/Bad Guy was one of the highlights of the show, and fans were excited to hear that it got picked up for season 2. Flash forward to March 30, the first day of the pop up. 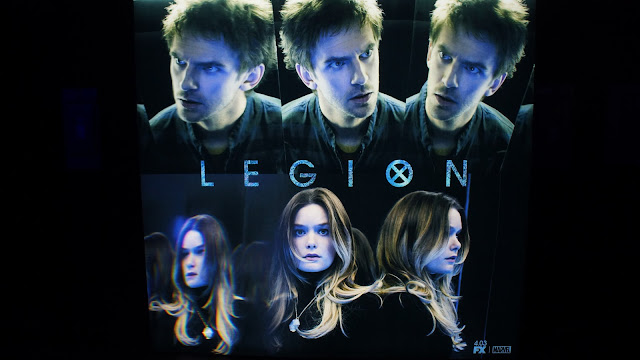 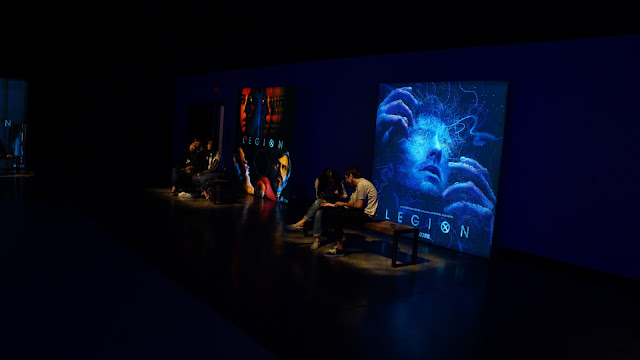 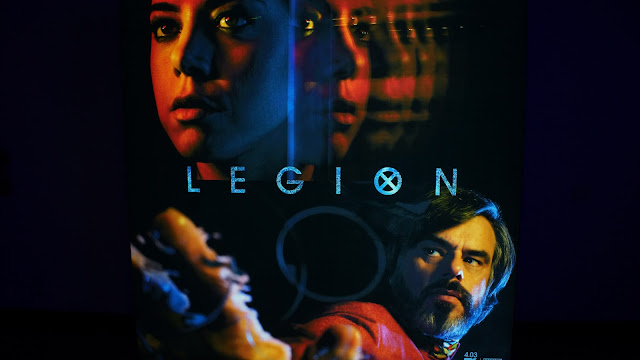 Inside you were able to take photos in front of character posters, as the shows music can be heard in the background. Besides photos, there was an "immersive 360 experience" which is where the "Chamber" part of the event came from. Groups of eight are led inside this small room surrounded by LEDs showing you a glimpse inside the mind of David Haller, a 2 minute and a half "trailer" for the new season.

All in all, a fun if short taste of what it is to come, only for hardcore fans that have some time to browse and take photos, but not much to do here.

Follow us on FB for more photos and events: