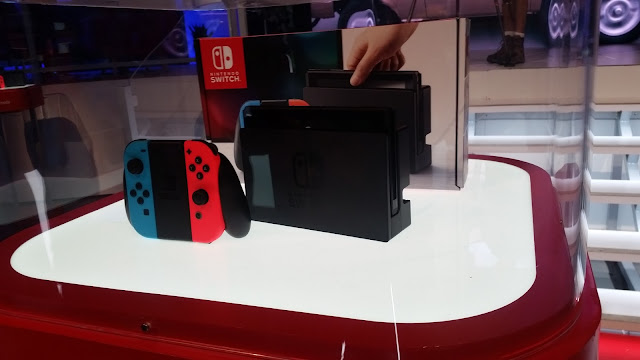 On the weekend of March 3, 4 and 5, at the Raleigh Studios in East Hollywood, The Nintendo Switch Preview Tour took place. Fans of Nintendo eagerly awaited to try the new system, many whom had already purchased the system already but wanted to try all the games featured. the first two days were ticketed events, with Friday being the less crowded of the days and Sunday having a line around the block, which didn't stop determined fans from coming in. 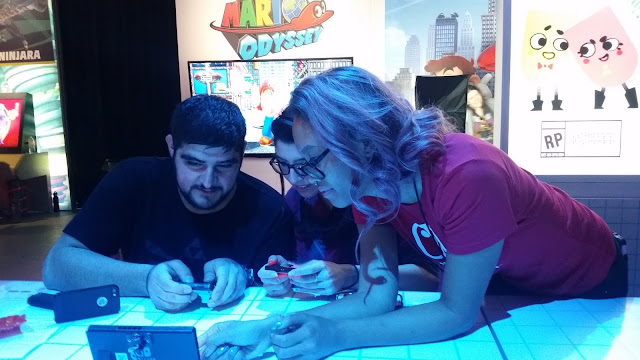 Snipperclips was one of the most fun games of the event, a two player cooperative puzzle game with the goal of cutting your partner so they can fit/solve the different obstacles of each level. 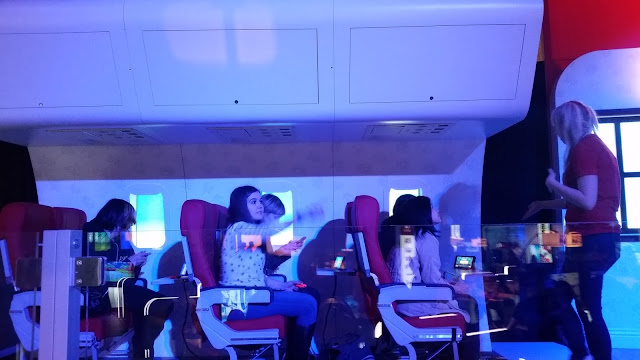 MarioKart 8 Deluxe made an appearance to satiate the nostalgia from all the fans that remember all the fun times playing the game on the Nintendo 64 (and all the sequels that followed). The updated version is as fun as the original, with updated controls but not much change on the formula, which is always fun to play with friends and family. 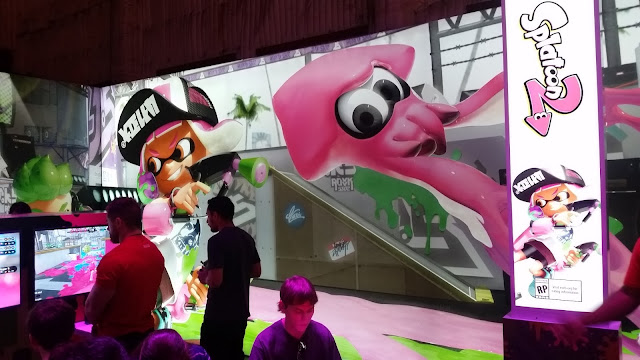 The Nintendo Switch version of Splatoon 2 takes a little time to get used to the Switch controllers, but once you got it you're ready to go and have lots of fun trying to beat the opposing team. The game seemed to be not much different from the original, but I guess if the formula works, why mess with it. 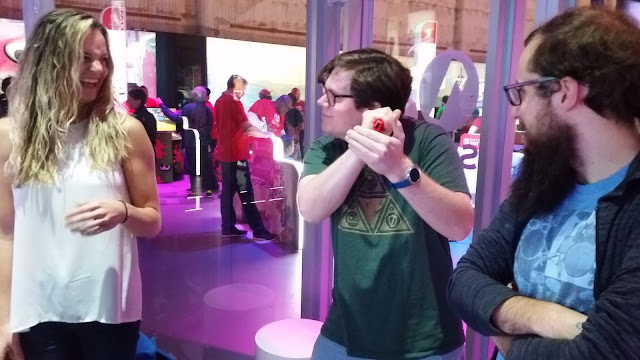 1-2-Switch is a mini game collection, fun to have at parties with many of the games being for 2 to 4  players. One tests how fast you can draw and shoot your gun, old west style, another has you seeing how fast you can milk a cow, another mini game has you shaking the controller as if it was a soda with the player who it explodes with losing. 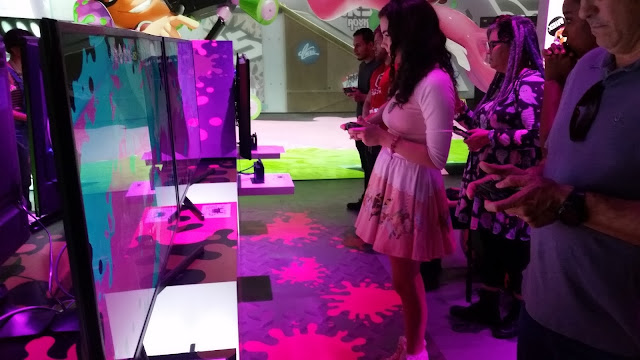 Fire Emblem Warriors had many waiting in line to try it out, fans from all ages excited to play the game on the Switch before its release. 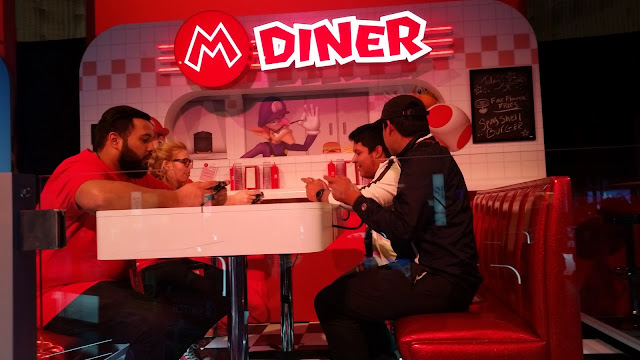 M Diner was one of the games that had its own fancy stylized booth to try it on, with a long line of fans wanting to see if another Mario related game can sway them their way, but the main focus was on Super Mario Odyssey and MarioKart 8 Deluxe. 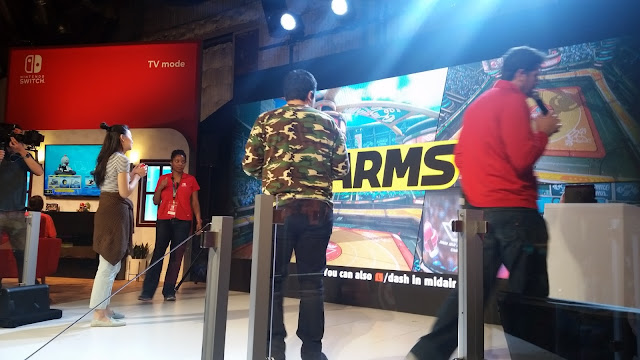 ARMS was the exclusive game of the event, which will be out June 16 but you could try it out then and there, with the main stage screen being used for VS games with fans for prizes! 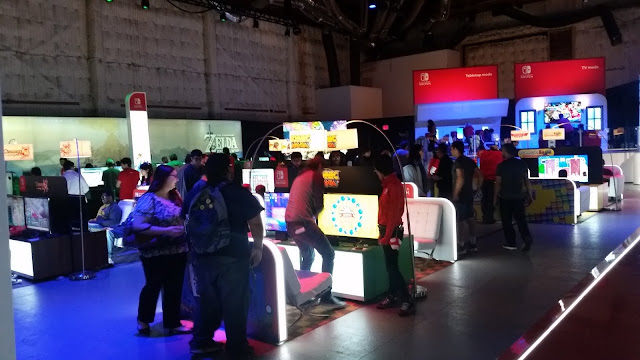 Among the many games to try out was the Nintendo Switch version of The Legend Zelda: Breath of the Wild, with new control design to fit the Switch and now the ability to take the game on the road! Disgaea, Sonic Mania, Super Bomberman R, Puyo Puyo Tetris were some of the classic games updated for the Switch.

Lunch was also provided by Nintendo, hotdogs, cotton candy, ice cream and sodas were available free with tickets given at the entrance.
All in all, it was a fun day at the Nintendo Switch Tour in East Hollywood, can't wait to see what games Nintendo Switch will have next! 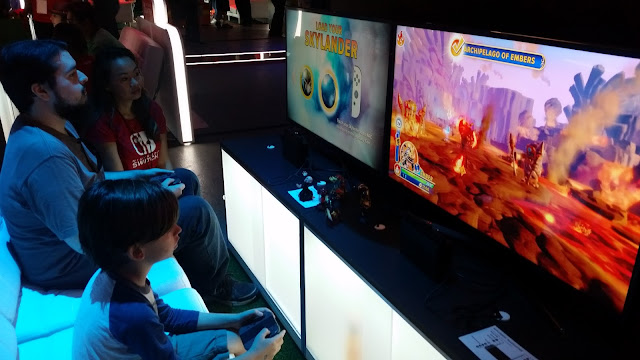 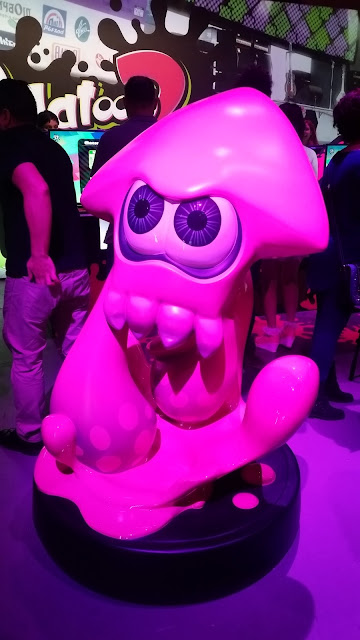 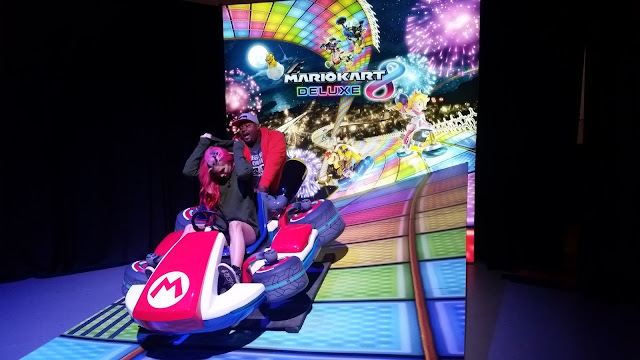 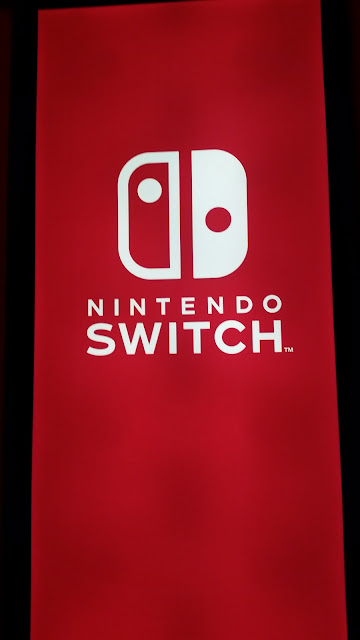