Virtual Reality is the new(ish) revolutionary technology that is here to stay. Unlike the fad that was 3D, VR has many uses, and it's currently being developed for videogames, to promote movies, even for educational purposes, among many others. The VR experience is something that has to be seen to be believed, we had been promised for decades in movies that Virtual Reality was going to change our lives, and it can be said that it's finally a reality.

VRLA was held at the L.A. Convention Center on August 9 and 10, 2016. Its purpose is to network people already in the business, to show the new technologies coming out, with the exhibit hall giving the attendees a hands-on approach and with panels and classes for those that are still new to the field.

Mindshow was promoting their new VR story world, where you can create your avatar and let the story take it where it goes, choosing from different adventures and situations to get immersed in.
On the technical side, Dysonics was focusing on sound, which needs to be all around to go with the VR world, their sound capturing device having 8 microphones around. They also were promoting their program which can be used to marry the sound if you already have it, or you can rent their 360 sound capturing device from Radiant Images, who had a booth not far from them.
You could also experience a VR trailer for the movie Nerve, imitating one of the challenges that characters have to endure in the movie. HP Radeon was promoting their technology via the 360 Dome, which was a 20 minute experience inside the aforementioned dome with techno music blasting as the top of the dome was covered by 3D art images all around, giving that 3D immersive feeling without being "true 3D". The Wave was a VR musical experience, sponsored by skullcandy, whose headphones you could use along the vibrating vest meant to make you feel every beat of the blasting techno soundtrack. VR platform Zealty was promoting their partnership with Erase Child Trafficking, who are working on a VR documentary series about the serious subject.

Steam, a popular online videogame resource was on site promoting their new VR games, along with NVidia having a mini booth promoting their VR Fun House, also available on Steam. Dolby was promoting their Atmos sound system, which as theatrical sounds go can be considered 360 as there are speakers not only surrounding the sides but also on top. Gopro was presenting their VR rig, but the custom made rig by Spherica VR production created is the only one that provides a steady shot in the market. Spherica is a Russian VR company that also has five VR movies ready to be released, one big foot ahead of the VR market.

VR is the new field to explore, whether for entertainment, education or as a job market, this is a new technology one should keep and eye out for. 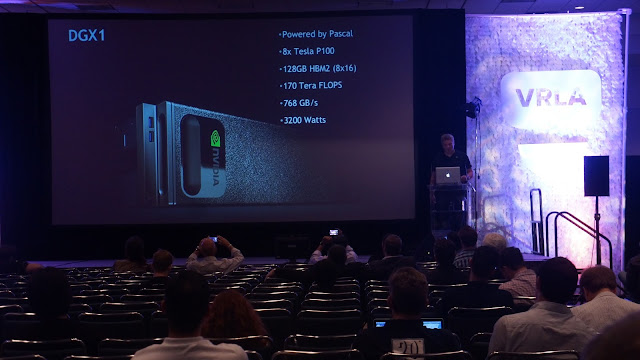 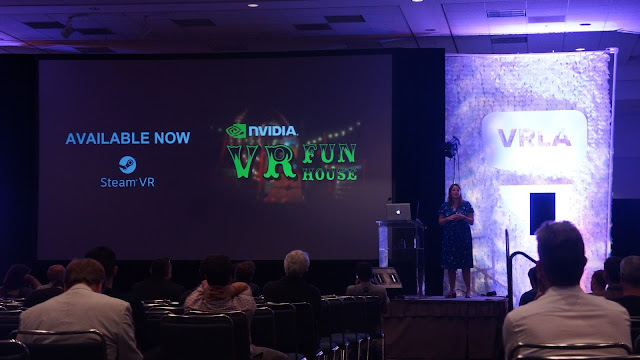 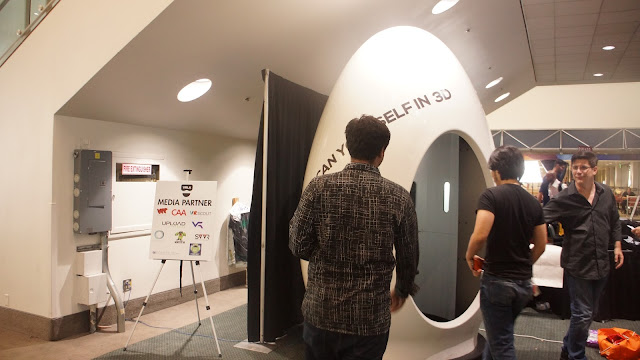 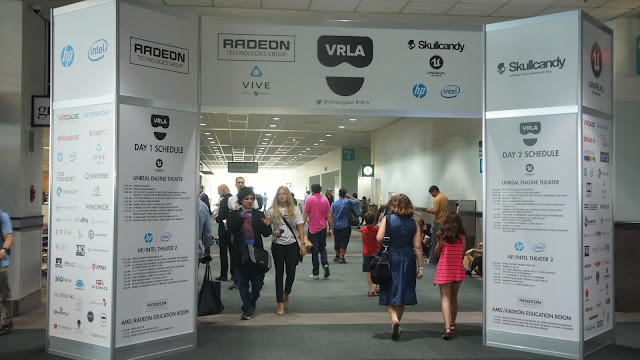 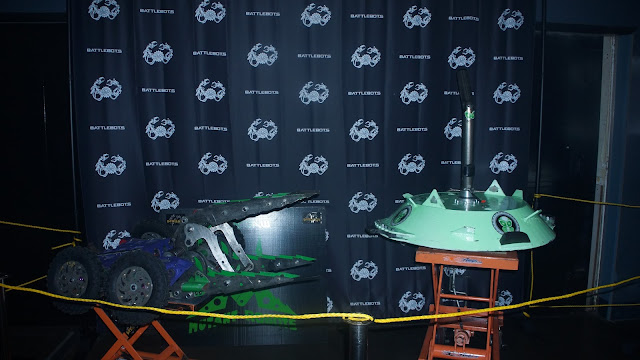 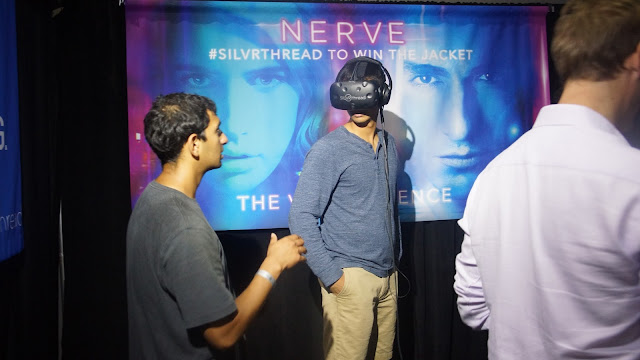 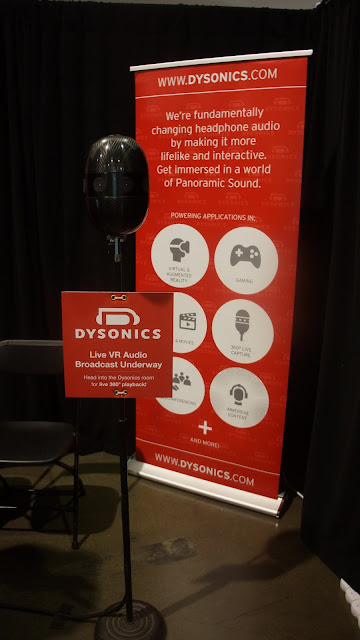 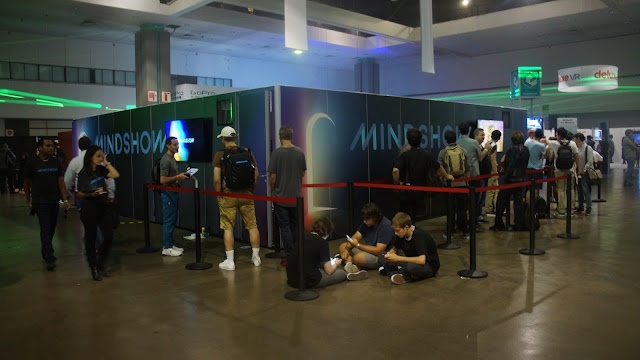 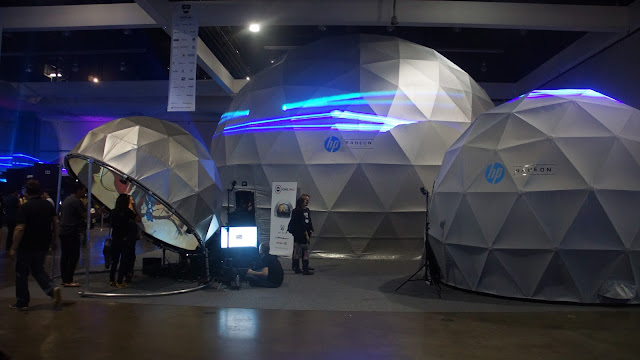 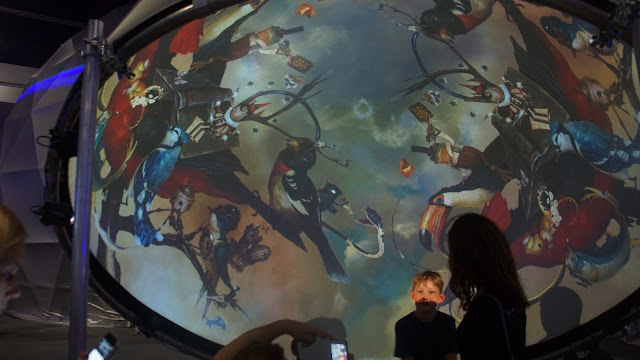 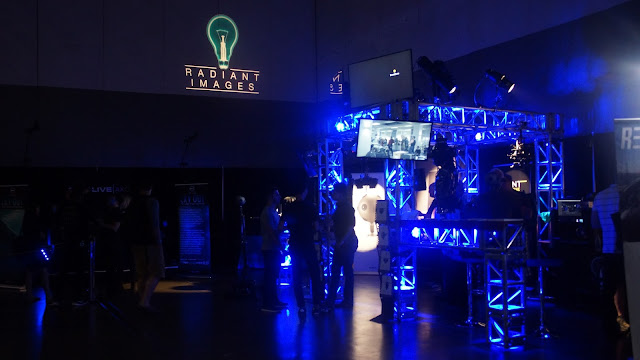 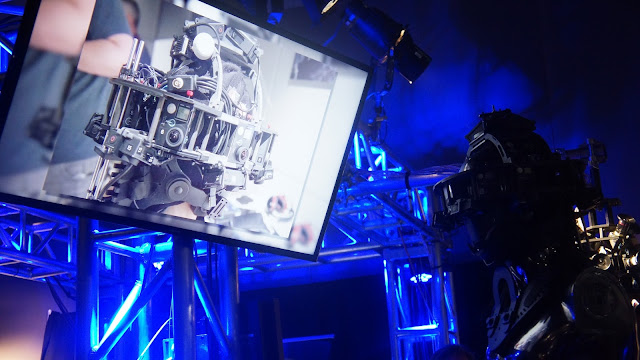 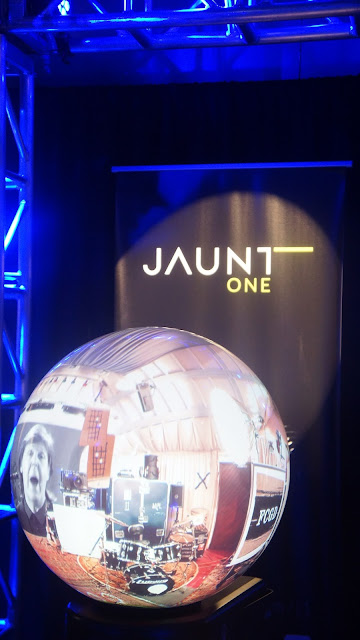 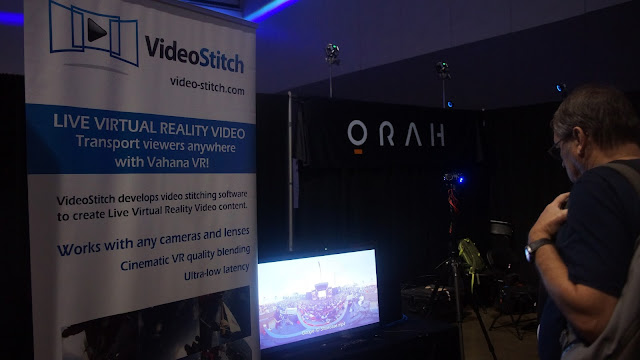 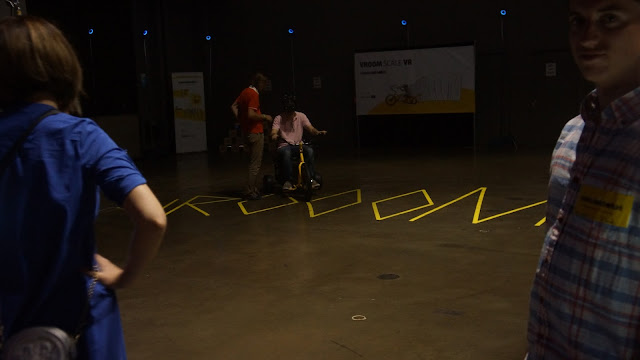 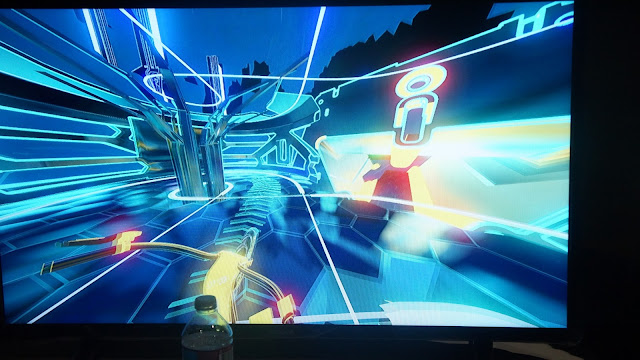 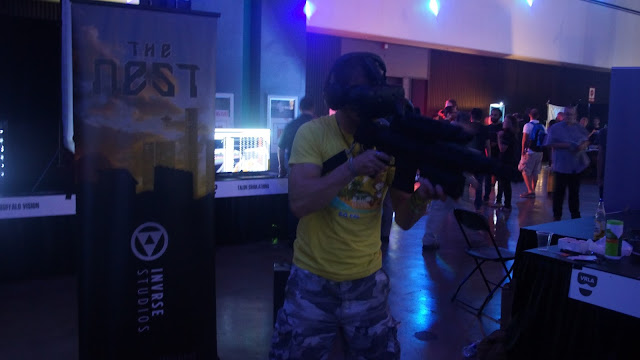 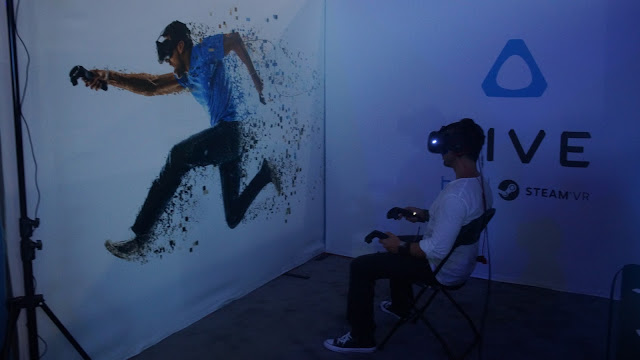 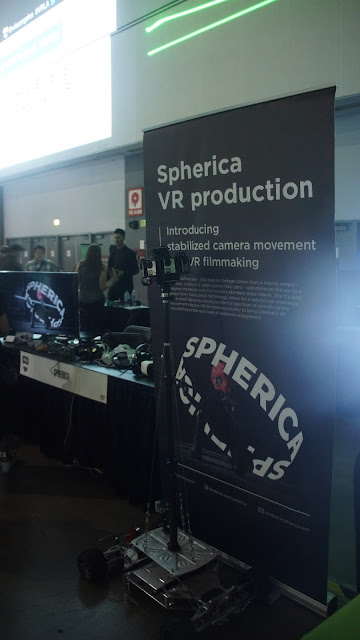 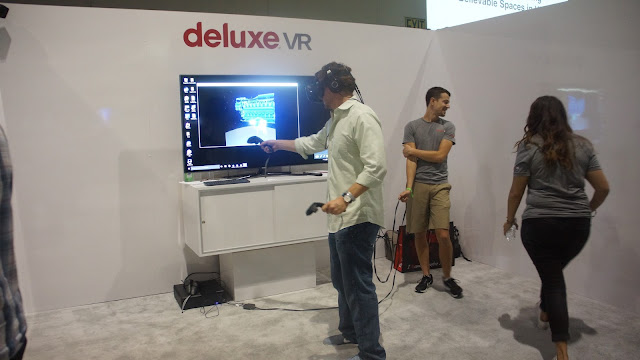 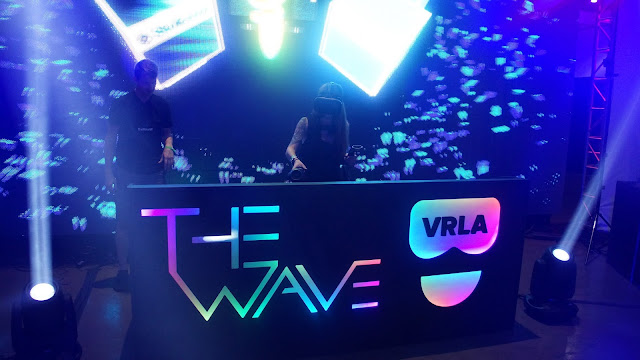 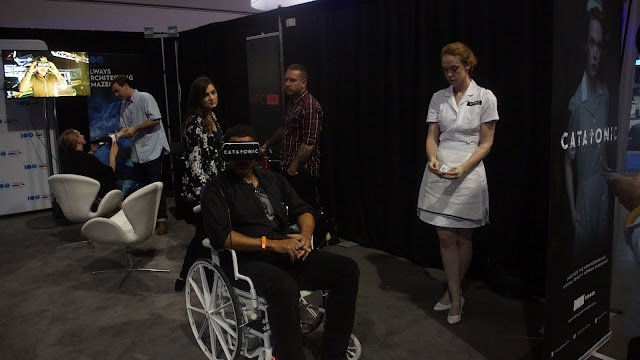 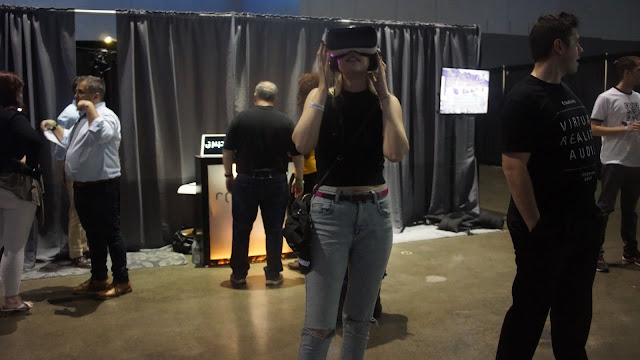 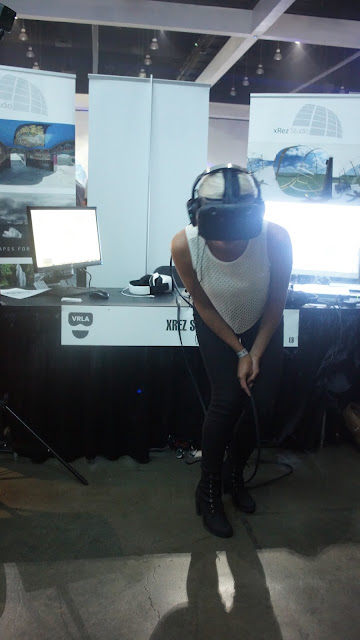 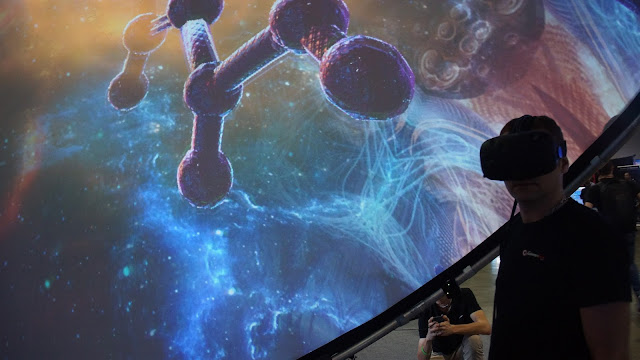 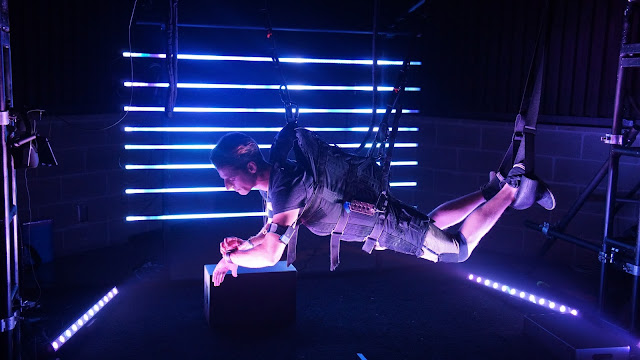